Placement, Framing, and how to make almost anything not matter - Media

So, I'm watching the Morning Show on CNN, and here's what happens:

1. In San Francisco, at an appearance by the President, some women (who paid for their lunch and entry) raised their hands and stood up to sing about Bradley Manning.  To his credit, the president waited until they were finished (at which point, of course, they were escorted out - can't let them thar rabble rouser middle-class looking women be doin' that, y'all).

2. In the very next interview, after some very demeaning comments and glances between each of the female 'reporters' - CNN showed a short clip of a soldier on a surprise visit and his daughter meets him.  Wonderful, tears, real.

Now on the face of it, it's not about much.  But look at what is called the "framing" of the two items:

The network had to show the event because it involved the president.  The 'reporter' dismissed it, at best, not just by words, but by rolling her eyes, making the appropriately "did they REALLY do THAT?" - all as if had been, somehow, an 'inappropriate' thing to do.

The fact that the item about the soldier and his teenaged daughter was placed immediately afterward and was appropriately gushed over (it is not to diminish their moment - I am only speaking of placement and tone and how things are spun) by the two women.

NOT ONCE - other than the passing comment ("They were there about Bradley Manning") - was the critical reality of Bradley Manning, his situation, the allegations of torture, why he was being held the way he was, etc., etc. - was ANYTHING mentioned.  Nope - the only thing that was REALLY important was the soldier and his daughter; thereby eliminating, dismissing, and diminishing Bradley Manning and these women (whom by the way stayed totally within the law, were respectful, and were on key) as so much poop. 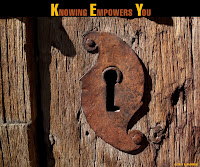 DON'T JUST WATCH THE WORDS.
WATCH HOW THINGS AND EVENTS ARE 'FRAMED.'
WATCH THE BODY LANGUAGE AND THE EYE MOVEMENT.

AND IF YOU THINK THESE ARE NOT PLANNED OR THOUGHT THROUGH, WELL OKAY, BELIEVE WHAT YOU WANT.
The truth speaks otherwise.

Peace
Awareness
& Standing up. Not for the Quisling or the Coward.

BluesVues
I'm a s-aging Geek with planetary interests, a researcher, a conversationalist, a Spiritual Activist with Political Awareness; I believe we can dialogue without the putdown & the nasty cah-cah we've grown so fond of (and learned from our politicans, our corporate executives, and often each other.) I believe in Practical Spirituality, the Precautionary Principle & 'We are All One - Let's Practice' (and, oh man, it does take practice - that's why Jesus said, "blessed are the PeaceMakers" - he knew they'd need all the blessings they could get for the hardest job in the world - & not for Wimps - Jesus was a radical, not a wimp.) And I like to laugh - Laughing causes Endorphins to kick in - try it! Fake it even - the endorphins don't know the difference.